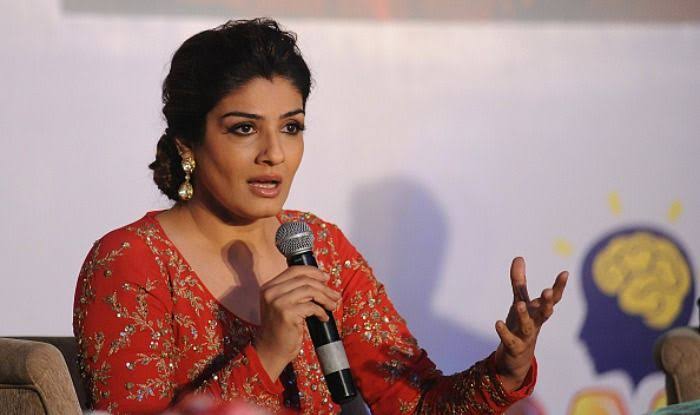 WOMEN HAVE TO WORK HARDER IN COMPARISON TO THEIR MALE COUNTERPARTS, SAYS RAVEENA TANDON

Having played the role in two of her films, Vidya Balan seems to be loving her newest stint as an RJ in real life with equal enthusiasm and fervour. The talented and versatile actress hosts the much-loved show ‘Dhun Badalke Toh Dekho with Vidya Balan’, on BIG FM that encourages people to be part of topics that truly matter and affect the society in a much bigger and deeper way. Driving compelling discussions around social challenges and issues, the bold and beautiful actress will be seen striking an engaging conversation with Raveena Tandon, Zoya Akhtar and Rajkummar Rao on the long-standing issue that the country faces when it comes to ‘Equal Pay’ on BIG FM’s show Muthoot Blue presents ‘Dhun Badalke Toh Dekho with Vidya Balan’.
When asked whether she will agree on the existing pay gap and if she has witnessed any change over a period of time, Raveena said, “We face inequality when it comes to pay not just in the Indian film industry, but in other sectors as well. Women, unfortunately, have always had to work harder and prove that they are not only equal to their male counterparts but probably are better. While things might take time to bring about a change and balance, we can see the situation improving in our industry, where actresses are getting very well paid now, which is a good start.”
Commenting on the pay gap, director Zoya Akhtar, who has time and again stood for issues that deeply affect women said, “Each case is very different. But the uniting factor here is when I am contributing X amount of work, hours and energy in return of investment made on me, I deserve to be paid equally irrespective of my gender. It’s as simple as that.”
The ever-charming Rajkummar Rao, who has been vocal in favour of equal pay, said, “Of course, there should be equal pay for men and women. Your work doesn’t depend on your gender but your work. So, there has to be an equal pay.”