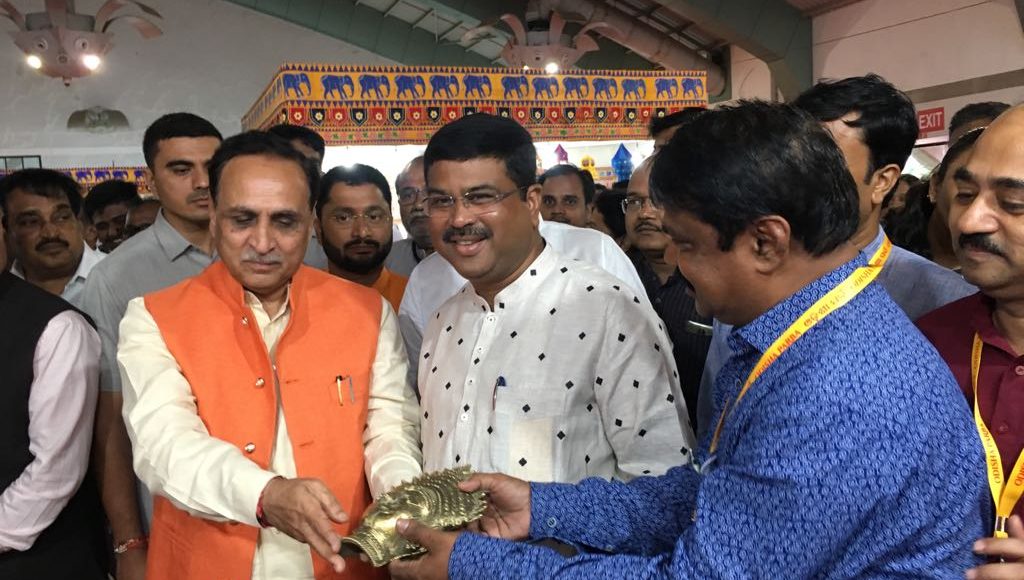 Honourable Chief Minister of Gujarat Shri Vijay Rupani congratulated all odia people on behalf of all Gujarat people for organising such a mega Parba, ‘Odisha Parba’ at Surat. Odisha Parba is the amalgamation of both the culture and tradition of Odisha and Gujarat, said Chief Minister.

Hon’ble Union Minister of Petroleum and Natural Gas, Skill Development and Entrepreneurship Shri Dharmendra Pradhan said Surat has become beautiful because of the hard work of Odia people here. Odisha Parba is the festival of emotions of Odisha and Gujarat.

Narrating the objective behind this event, Shri Sidhartha Pradhan, President, Odia Samaj said that, “I feel delighted to see the enthusiasm among the people of Gujarat who have come here to celebrate this magnificent festival Odisha Parba. Through this festival we want to show the people of Gujarat the rich culture and heritage of Odisha. People can now see glimpses of our culture through each and every product including handlooms like Sambalpuri Saree, Kotpad saree, handicrafts like applique, shell craft, pattachitra, coir craft and mouth-watering dishes like Gupchup katki Chaat, Pitha etc. Have a look at all our stalls and enjoy this 2 day event”.

It may be noted here that, the focus of the festival revolves around recreating the legacy of Lord Jagannath in Gujarat. A replica of the ‘Raths’ (chariots) used in the world famous Puri Rath Yatra has been displayed at the entrance gate which is reflecting the intricate applique work and pattachitra designs of Odisha, adding a rainbow of colours to the whole ambience.

The residents of Surat enjoyed authentic Odia cuisine in the form of popular street foods, exotic sweets, pickles and traditional Odia thali from nooks and corners of Odisha. The famous Rasagolla from Pahala near Bhubaneswar and Masala Mudhi from Baripada are adding to the taste to remind one of the aromas of one’s kitchen back home in one’s village.

The event assumes to be a shoppers’ paradise offering world famous Odissi sarees, attractive handloom dress materials, bed sheets, kurtas, lungis, jute products etc. besides offering intricately designed handcrafted silver and dhokra jewellery, Odisha’s famous appliqué work, wood craft products and beautiful paintings using sea shells from the beaches of Puri. The works of award winning artisans and weavers of Odisha are sure to be a grand hit amongst the residents of Surat.

Among others Shri Sidhartha Pradhan, President, Odia Samaja; Shri C R Paatil, Chairman, Reception Committee, Odisha Parba Surat and other eminent dignitaries also witnessed the charm of Odisha Parba at Surat which makes a promise to reunite Odias and give an opportunity to non-Odias to know the rich culture and tradition of Odisha.