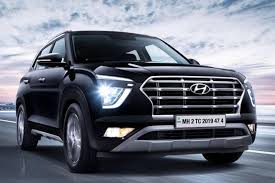 Hyundai Creta 2020 has been pushing forward despite the abundant challenges facing the automotive sector in Covid-19 times and has managed to garner 55,000 bookings since its launch in March. Hyundai announced the latest figure for bookings of the Creta on Wednesday.
The second-generation Creta was launch in March just before the national lockdown was imposed across the country to check the spread of Covid-19. With the last week of March and all of April coming as unprecedented sales bump for several sectors – including auto, May provided some semblance of relief. The Creta has since managed to push itself forward and has been Hyundai’s most promising offering of the year.
The new Creta manages to outsell every other SUV in May and June, and at a time when many automakers are bidding farewell to diesel, the Creta’s diesel engine remains a favourite with 60% of total bookings for it. This speaks volumes about the 1.5-litre 4-cylinder engine, also because diesel prices have edged closer to petrol rates and even surpassed in Delhi.
Creta’s success in recent months has lifted moods at Hyundai camp, not only because current difficulties have been challenging for OEMs but also because Creta faced some very serious competition from Kia Seltos which was launched back in August of 2019. “With the launch of the all-new Creta in March, Hyundai has once again redefined SUV leadership in the segment and established its supremacy, recording over 55 000 bookings and more than 20 000 customers in just four months,” said Tarun Garg, Director – Sales, Marketing and Service at Hyundai Motor India.