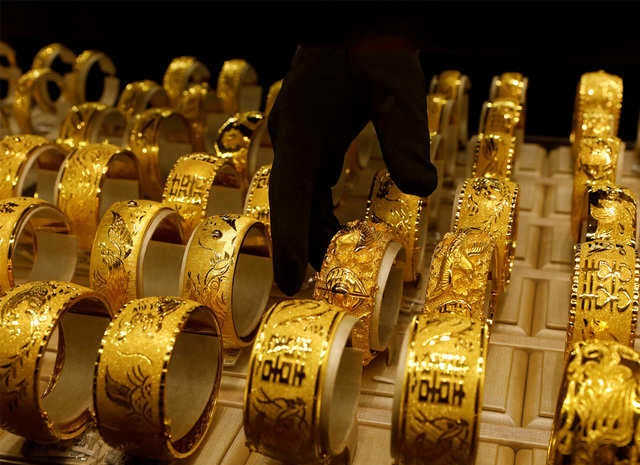 Gold prices in India are now down about ₹2,400 per 10 gram in three months

Gold prices in India fell today, extending losses to the fourth day amid muted global trend. On MCX, February gold futures were down 0.30% to ₹37,597. Tracking gold, silver rates also declined. On MCX, silver futures fell 0.20% to ₹43,465. After the latest decline, gold prices in India are now down about ₹2,400 per 10 gram from their September highs of about ₹40,000 per 10 gram. Despite the latest price drop, demand for physical gold was moderate in India last week due to lower than usual wedding season buying, Reuters reported.The strength in the rupee against the US dollar also weighed on gold prices in India. The rupee today rose to to 71.15 today against the US dollar as compared to the previous close of 71.20.

In global markets, gold prices were 0.1% higher at $1,460.40 per ounce today, after slumping 1% in the previous session, its biggest one-day drop in a month. Silver was up 0.1% at $16.58 per ounce, after touching its lowest since early August in the last session.Investment demand for gold remained muted, reflecting the cautious sentiment among investors. The holdings of SPDR Gold Trust, the world’s largest gold-backed exchange-traded fund, fell 0.26% to 886.23 tonnes on Friday.

Goldman Sachs in a recent report said the correction on gold prices has further room to run, the bank is still sticking to its forecast prices will climb to $1,600 over the next year.