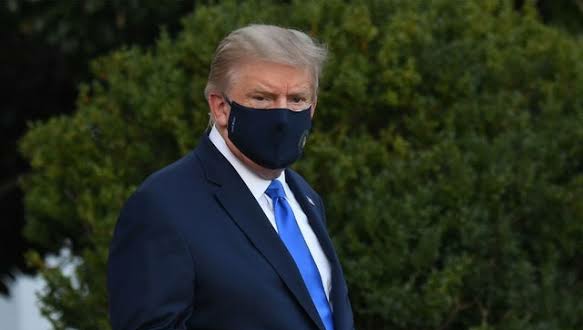 Trump could return to White House on Monday, say doctors

US President Donald Trump could be discharged as early as Monday from a military hospital where he is undergoing treatment after contracting the coronavirus, his physicians said on Sunday, hours after he released a video saying “I’ll be back soon.”

But the doctors also revealed on Sunday a previously unreported episode of his blood oxygen levels dropping below normal, adding to the confusing updates from the White House on his health.

Trump had the first episode on Friday, with high fever, which had prompted his physician and medical experts to shift him to the Walter Reed Military Medical Center in Bethesda, Maryland. But the medical team did not mention it at their Saturday briefing and had sought to present a rosy picture of the president doing well and being in high spirits. It came out through a leak to reporters by a senior official.

Dr Brian Garibaldi, a Johns Hopkins doctor who is part of the medical team, told reporters on Sunday the president felt good and has been up and around. “If he continues to look and feel as well as he does today, our hope is that we can plan for a discharge as early as tomorrow to the White House where he can continue his treatment course.”

The president was given a second dose of the anti-viral drug remdesivir on Saturday and was started off on dexamethasone, a steroid used to prevent drop in blood oxygen levels.

But the team insisted the president was doing well overall. In his video message, Trump said that although the “real test” lies ahead, he hoped to resume and finish his re-election campaign.

“I have to get all the way back because we still have to make America great again.” The White House later released pictures of the president working at his medical suite at the hospital to continue to reinforce the optimistic projection.
Sean Conley, Trump’s physician who is facing criticism over what was seen as inaccurate updates, defended himself saying, “I was trying to reflect the upbeat attitude that the team, the president…has had… and didn’t want to give any information that might steer the course of illness in another direction. And in doing so, you know, came off that we’re trying to hide something, it wasn’t necessarily true.”