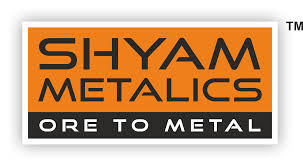 S​hyam Metalics and Energy for Q2FY2022 reported a consolidated revenues of Rs 2494 Crores, a strong growth of 87% over last year’s second quarter

The company achieved good improvement to its working capital days. For the 1HFY2022 its Working Capital days were at 45 as against 69 Days at the FY2021. Similarly, the company achieved massive improvement to its capital efficiency during the first half. Its ROCE and ROE at the end of 1HFY2022 were at 44.4% and 34.3% respectively, as against 25.3% and 23.2% respectively at the end of FY2021.  Gross Debt/Equity of the company which was at 0.22x at the end of FY2021, is now at 0.08x at the end of 1HFY22. The company has turned net cash in the 1HFY22.
For 1HFY2022 the company incurred a capital expenditure of Rs 464 Crores, as against Rs 361 Crores in FY2021. From the net cash flow from operating activities of Rs 1008 Crores in the 1HFY2022, the company incurred Rs 464 Crores towards capital expenditure, and deployed Rs589 crores towards investments during the 1HFY2022. From the IPO proceeds the company repaid Rs 467 Crores of gross debt.

For FY2021 the company reported an FCF/EBITDA factor of 41% and continued the same trend in 1HFY22 as well by reporting FCF/EBITDA of 41%. Its net operating cash flow from operating activities to EBITDA has been hovering around 75%.  The company’s business model is such that it always reports consistent EBITDA margins by improving the product mix, generate cash flows to fund the capacity expansions. Its strategy has always been to incur capital expenditure in smaller doses in piecemeal, to ensure that the balance sheet is never stretched. At all points of time, the company closely monitors the liquidity, solvency and capital efficiency ratios. On the back of strong operating and financial performance and with a strong net cash flow from operating activities the company in its  Board Meeting declared an interim dividend per share of Rs2.25 per share on a face value of Rs10 per share