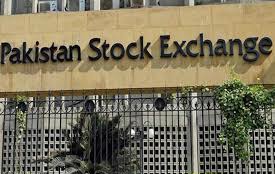 Gunmen have attacked the Pakistan stock exchange in the city of Karachi and the four assailants were killed along with two security guards and a police officer in the operation to secure the complex, police have said.

The gunmen attacked the stock exchange grounds, in Pakistan’s financial capital, with grenades and guns on Monday morning. The building is in a high-security zone and also houses the head offices of many private banks.

A separatist militant group from the neighbouring province of Balochistan have claimed responsibility for the attack.

“Four attackers have been killed, they had come in a silver Corolla car,” Karachi police chief Ghulam Nabi Memon told Reuters.The four attackers arrived at the stock exchanged around 10am on Monday morning, armed with rifles, explosives and hand grenades, and began firing and hurling explosives at the entrance. They gained access to the compound but were all eventually killed in a police operation.

Two security guards and a police officer were also killed in the operation and a further seven people were injured.

Inside the stock exchange, broker Yaqub Memon said he and others were huddled inside their offices and could hear the firing. Shazia Jehan, a police spokesman, said the bomb disposal squad had then swept the building for any explosives.Rizwan Ahmend, a police officer at the scene, said food supplies were found on the bodies of the gunmen, indicating they may have planned a long siege.n a statement email to the media, the Baloch Liberation Army, a militant group claimed responsibility for the attack.“Majeed brigade of Baloch Liberation Army today has carried out a self-sacrificing attack on Karachi stock exchange,” read the statement.
The Karachi stock exchange is Pakistan’s largest and oldest stock exchange.

MICROSOFT TO CLOSE NEARLY ALL OF ITS STORES PERMANENTLY