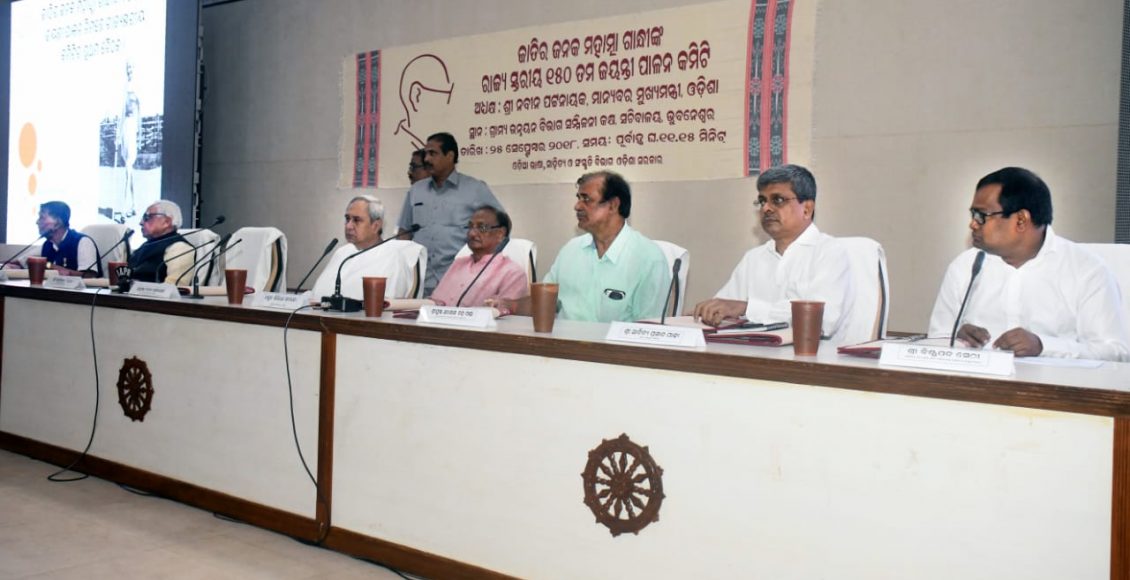 Bhubaneswar: The Odisha Government on Tuesday said it would celebrate the 150th birth anniversary of Mahatma Gandhi for two years starting from October 2, this year.

A decision in this regard was taken at a meeting chaired by Chief Minister Naveen Patnaik here in presence of Leader of Opposition Narasingha Mishra and Culture Minister Ashok Panda. Besides, MPs, MLAs, chief secretary and officials of different departments were present in the meeting.

“The 150th birth anniversary of Mahatma Gandhi will be celebrated in a befitting manner in Odisha,” said the Chief Minister.

“A total of four sub-committees will be formed for the celebrations. Padayatras and memorial meets will be held across the state during the period,” said the Culture Minister.

He said the 150th birth anniversary of Mahatma Gandhi will be celebrated in schools, colleges and universities across the state.

Besides, it will be celebrated in all urban local bodies, blocks and panchayats. A new website will be opened to propagate the messages and life of Gandhiji.

“Kasturba Gandhi Ideal Schools will be identified in each block. Those with notable works in the field of cottage industry will be awarded. A special session of the Odisha Legislative Assembly will be convened in 2019 in this regard,” he added.

Medicine shops across Odisha to remain closed on Sept 28