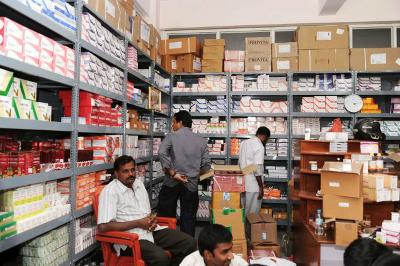 Medicine shops across Odisha to remain closed on Sept 28

Bhubaneswar: The medicine shops across Odisha will remain closed on September 28, said an official of Utkal Chemists and Druggists Association on Tuesday.

The association has decided to close the medicine shops as a part of the nationwide strike by the All India Organisation of Chemists and Druggists (AIOCD) on September 28.

Utkal Chemists and Druggists Association Secretary Prasanta Mohapatra said that around 4,000 medicine wholesale points and 22,000 retail outlets will be closed on September 28.

The national body is protesting against any move by the government allowing the sale of medicines through the internet or allowing e-pharmacies to operate in India in any form.

The AIOCD said in a statement that it would affect the commercial business of its members.

The online sale of medicines if allowed would be hazardous to the public health at large, more importantly, the tech-savvy young generation of our country may have irreparable damage, AIOCD said in a statement.