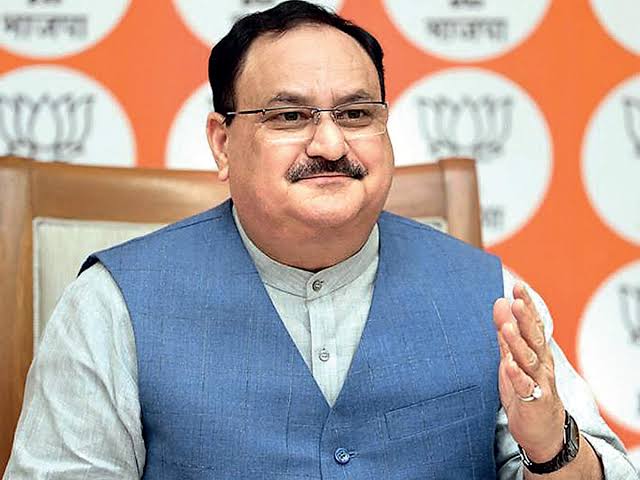 Nadda listed the development work done by the NDA government in the last six years in Bihar. “New dimensions of development work in several sectors are being written in Bihar and it is our responsibility to drive this development,” he said in his election rally in poll-bound Bihar’s Gaya. During his address, Nadda reminded the people of Bihar how it earlier only had four medical colleges and in last six years, 14 medical institutes have been formed in the state, while development work is in progress for 11 more.
Hailing Prime Minister Narendra Modi and Kumar, Nadda said, “Modi hai toh mumkeen hai, Nitish hai toh pradesh aage badhega.” “Leadership of India is secured in the hands of PM Modi and it is important we secure Bihar’s leadership with Nitish Kumar,” he added.

Nadda extended an assurance that the NDA will form the government in the state with Nitish Kumar as the chief minister. “We have to provide employment to the country’s youth and make them self-reliant. We have to take the ‘atmanirbhar’ (self-reliance) mantra given by PM Modi and march towards a self-dependent nation,” he said.

Nadda’s election rally in Gaya was the first public meeting by a senior BJP leader in Bihar ahead of the upcoming assembly elections.

The BJP chief, along with Bihar deputy chief minister Sushil Modi, first visited Mahavir temple in Patna to seek blessings and offer prayer ahead of assembly polls. Nadda will also be holding a meeting of BJP leaders and party workers in Patna, which will be attended by district presidents, senior party leaders, MPs and assembly election candidates.

The first phase of the three-phase assembly election in Bihar will be held on October 28. The votes will be counted on November 10.