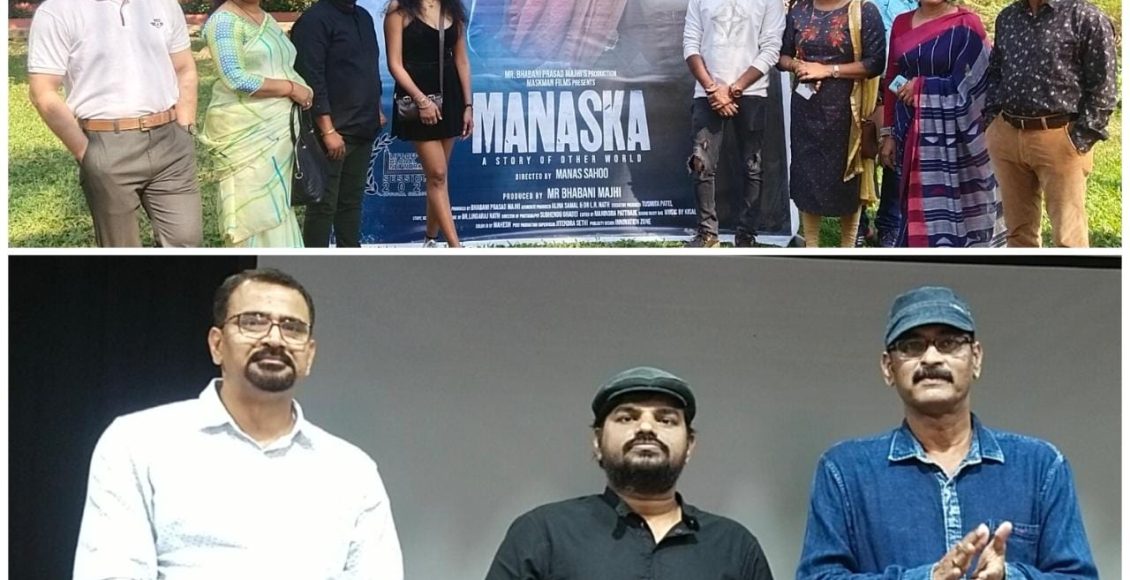 MANASKA – A journey that will unveil the unspoken truth of spirit and mind.

The trailer of MANASKA A film all about the journey of a man Taanish, who has lost himself within, was launched at SCSTRTI Auditorium, CRP Square, Bhubaneswar. The trailer was launched by Guest of Honour Veteran actor, Kuna Tripathy, graced the occasion as Guest of Honour in presence of the Producer, Co-Producer, writer, Director, Star cast, crew members etc.
MANASKA directed by award winning, Indian filmmaker and director Manas Sahoo, who is predominantly known for his works in Odia films and produced by Bhabani Prasad Majhi. Co producer / writer Dr LingarajNath,
With lead actors Aswini Roy Mohapatra as Taanish, Madhumita Barik as Shalini, Bikash Choudhury as Mad Monk, Amritanshu Bishoyee as junior Taanish, Bhabani Prasad as Raghu, Debadutta Nanda as Peter, Minati Pattnaik as mad lady, Dr Nanda, Rajeswar Patra as Kantababu, the director of the movie Manas Sahoo choose the nearby areas of Bhabanipatana full of natural beauty and greenery.
Speaking on this occasion Mr Tripathy said, “MANASKA is a story of each human being, as his external expression of life that is only the reflection of his inner journey. He said this is a different kind of story which is reflecting in teaser also like a Main gate of Mandir you know the beauty of the Mandir. I am going to support the Odia Movie like this and request you also support it.