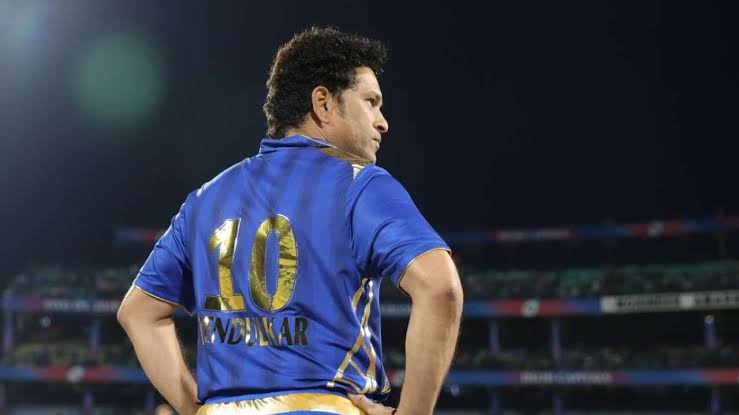 Batting great Sachin Tendulkar has no doubts as to which team he is supporting this season in the Indian Premier League (IPL).

Tendulkar, who captained the Mumbai Indians from the inaugural season in 2008 till 2011, said that he favours the reigning champions to defend the title while adding that all teams in the tournament are on equal footing.
“Of course, the Men in Blue, are there any doubts? I’ve always been in blue everywhere. When Mumbai and Indians come together then it becomes Mumbai Indians,” Tendulkar told Aakash Chopra on the latter’s Youtube channel.

“All teams are quite balanced. This format is such that by the time you play, a lot has already transpired on the field. We can look at this in two ways. Batsmen who seem to be in a hurry are cautioned to take it easy, while those who are extremely relaxed at times are required to take swift actions. It is going to be an exciting competition, and matches will be evenly contested. Considering the 53-day duration of the tournament, the team with momentum on its side might prevail.”

Tendulkar also spoke about the importance of starting well. However, Mumbai Indians’ run of defeats in their opening matches in the IPL continued on Saturday when they were beaten by Chennai Super Kings in Abu Dhabi.