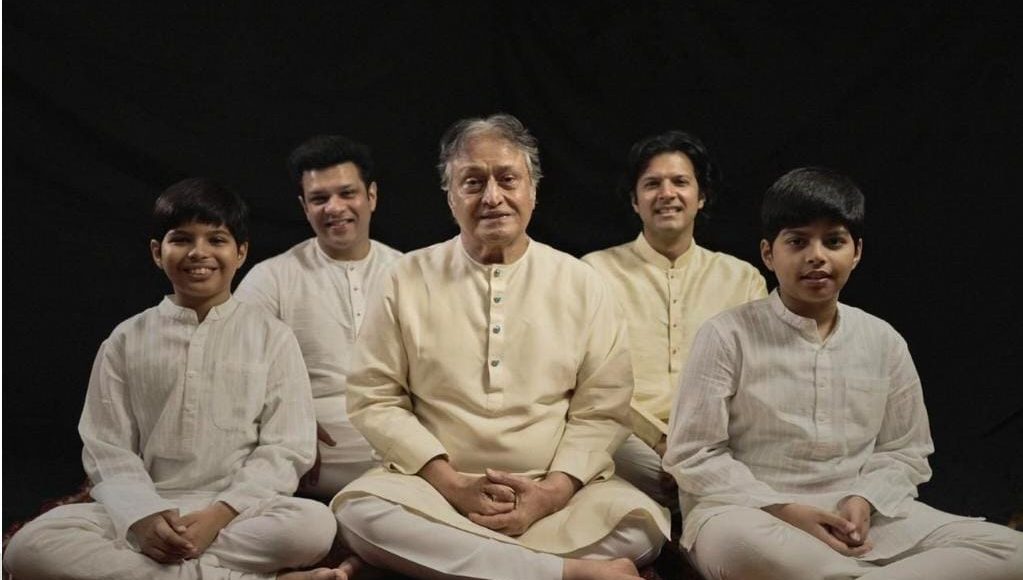 Three Generations to perform together, including Sarod legend and grand master Ustad Amjad Ali Khan with sons Amaan Ali Bangash and Ayaan Ali Bangash and grandsons Zohaan Ali Bangash and Abeer Ali Bangash
Kolkata, 10 January 2023: HCL Concerts, an initiative by HCL that works towards nurturing and promoting the Indian classical performing arts, announced its expansion to Kolkata today. Known for its significant contribution to the world of literature and art, the cultural capital city, Kolkata will become the thirteenth city to play host to HCL Concerts after Delhi, Noida, Gurugram, Faridabad, Lucknow, Kanpur, Nagpur, Madurai, Bengaluru and Chennai in Indian and New York and San Francisco in the US. Three generations of musical talent, Grand Master Amjad Ali Khan, along with his sons Amaan and Ayaan Ali Bangash and grandsons Zohaan and Abeer Ali Bangash, will evoke the monumental legacy of Sarod. The inaugural Kolkata concert will be held on 18th January, 2023 from 7pm onwards at Kala Mandir Auditorium. The accompanying Tabla artists are Satyajit Talwalkar and Anubrata Chatterjee. Tickets for the concert will be available on BookMyShow.
Commenting on the HCL’s first-ever concert in Kolkata, Mr Sundar Mahalingam, President – Strategy at HCL Corporation said, “Music is intrinsically linked to our cultural identity, and concerts like these play a pivotal role in shaping our cultural identity while reviving legacy across decades and age groups. HCL has been hosting concerts for over 25 years to link India’s physical heritage to the existing connoisseurs of art. Therefore, we wanted to bring the platform to Kolkata as well which is the cultural hub of our country. I am thrilled and excited about this rare collaboration of Sarod maestros, and witnessing musical intensity and brilliance by three generations of music legends will be an enthralling experience for all. I am sure that this musical repertoire will be a remarkable and unforgettable experience for the classical music aficionados in the city. ”
Sharing the music learning experience of grandsons, Zohaan and Abeer, Ustad Amjad Ali Khan said, “Teaching music is an incomparable journey where the guru leads you from the visible to the invisible, from the material to the divine, from the ephemeral to the eternal. During the lockdown, Ayaan could spend a lot of time with Zohaan and Abeer, which was great progress for them musically. They played their first track, called Our Love, for my birthday in 2020, which was my greatest birthday present. I always look forward to spending time with both of my grandchildren. I teach them frequently. They need blessings and love to take forward the precious gift of music. I am so glad they can present their first public performance in Kolkata, a city which has hosted generations of our family.”