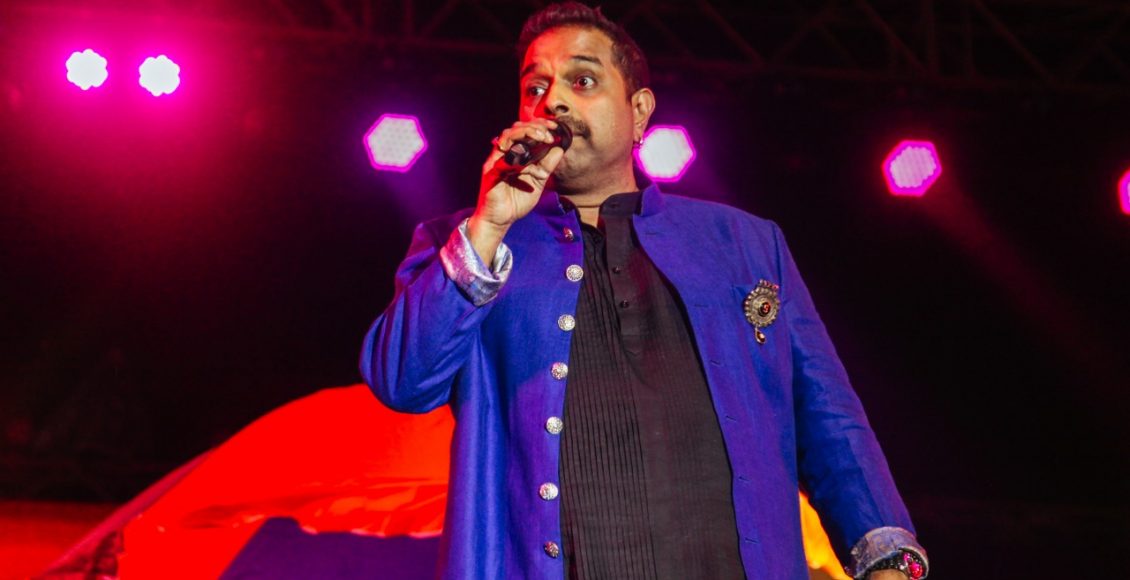 .FEST Concludes with Odisha under the Spell of Musical Magicians Shankar, Ehsaan & Loy

Bhubaneswar -The first edition of.FEST (Bhubaneswar City Festival)organized by Bhubaneswar Development Authority and Odisha Tourism came to a rousing conclusion tonight as musical geniuses Shankar, Ehsaan & Loy delivered a performance that was all heart and soul.
30,000 fans gathered on the last day of .FEST that saw 500,000 visitors over the course of the 16 days festival. The venue was bursting with music and infectious energy, as the award-winning trio and engaging entertainers performed some of their all-time hits, as fans chanted their names.
The evening was spellbinding from the get-go and Mahadevan was his amiable self and brought his playful side to the stage. Beginning his act with a soulful rendition of Ganesh Vandana, the prolific singer then delighted his fans with several of his smash hits beginning with Dil Chatah Hai. He often combined Bollywood music with classical tunes, which drew loud applause and standing ovations.The night was reverberating with melodies, many of which received encore requests from the audience. He even sang a popular Odiya song Rangabati.
Mahadevan continued the momentum, switching between high-tempo songs like Where’s The Party Tonight and numbers that pulled at the heart-strings like Kal Ho Na Ho. The singer was overwhelmed with all the love and accolades coming his way right from the beginning of the show. Ehsaan on the guitar and Loy on the keyboard, both of whom have been composing music with Mahadevan for the last 22 years, effortlessly synched with Shankar, proving to be the best trio in the business. Mahadevan also went on to perform his iconic Breathless which left the crowd awestruck.
The night culminated with the performers, showing off their singing chops with high-energy numbers like Hindustani which got the packed house, once again, on their feet, giving the memorable concert a befitting conclusion.
Another key highlight of the evening was the felicitation of the winners of Bhubaneswar Bandwidth competition by Shankar, Ehsaan & Loy. A first of its kind battle of the bands competition put together by BDA to provide a platform for the young and emerging talents of the city. The winners DPS Kalinga School from Group A and One Week’s Notice from Group B received trophies and cash prizes of 1 lakh & 1.5 Lakhs respectively. The first and second runners-up Sai International School from Group A & Chimera Band from Group B also received cash prizes of 50,000 and certificates. The second runners-up DAV Pokhariput & Outdoor Band also received cash prize of 25,000 each. Bhubaneswar Bandwidth was appreciated for giving young and emerging talents in music a platform and also encouraging others aspiring artists for the future.
The festival, which coincides with Odisha Hockey Men’s World Cup 2018 hosted in Bhubaneswar, saw an astounding turnout of 500,000 of attendees from different parts of the world and the country. The festival climate was electric as the finals of Odisha Hockey Men’s World Cup 2018 where Sachin Tendulkar was chief guests, was also taking place simultaneously as the finale of .FEST.
The International Street Food Festival which also came to a close its doors at .FEST, received overwhelming responses. The lakhs of visitors were spoilt for choice as they chose from a wide range of appetizing street food specialties with cuisines from the 16 countries who participated in the Odisha Hockey Men’s World Cup 2018.
Special guests for the event today were 170 Mo Bus captains and guides who took part in the festivities. Led by Bhubaneswar Development Association (BDA) with the support of Bhubaneswar Municipal Corporation (BMC) and Odisha Tourism, the idea was to include every section of the society during the city-wide celebration. By inviting them to .FEST they get to experience the best Bhubaneswar has to offer and instill a sense of pride in the city they serve and help it become a smart city to be reckoned with others around the globe.