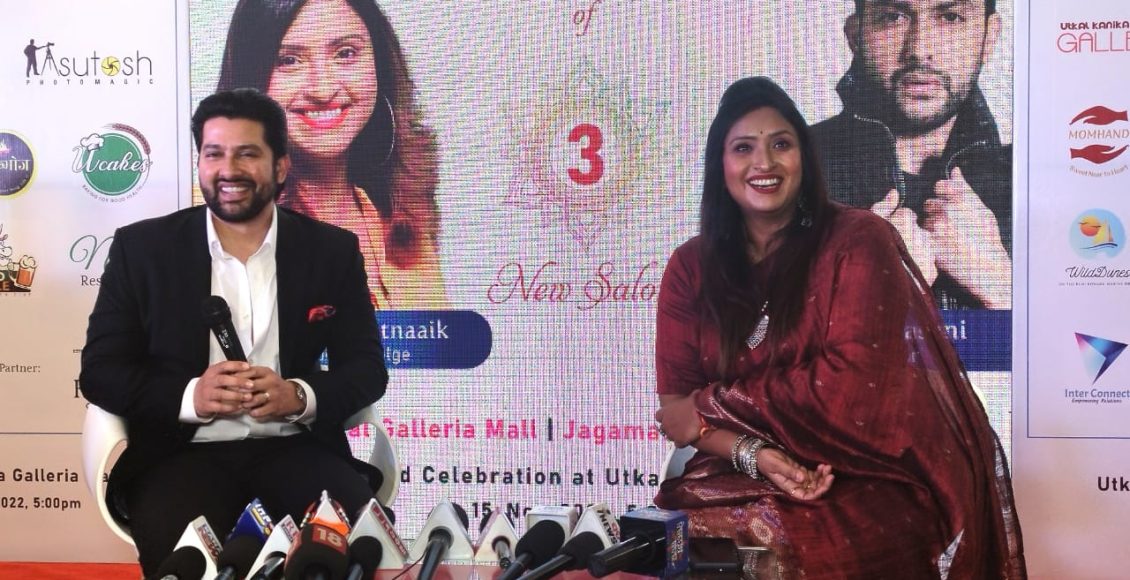 Indulge The Salon launched 3 new salons in Bhubaneswar . “The salons at Utkal Mall, Niladri Vihar, and Jagamara were inaugurated by Bollywood Actor and Heartthrob, Mr. Aftab Shivdasani, and Ms. Sukirti Patnaaik, Founder of Indulge. The grand celebration of the launch was held at Utkal Galleria Mall where an enthusiastic crowd gathered to cheer Aftab Shivdasani and Sukirti Patnaaik. Aftab interacted with everyone and shared his movie experiences and his personal beliefs. The interactive session was engaging and highly motivating. Franchise owners Ms. Lita Patnaik of Utkal Sal G o n, Mr. Aparna Swain & Ms. Swapna Swain of Jagamara Salon & Mr. avaskar Swain of Niladri Vihar Salon along with their friends, families, and customers were euphoric. Speaking on occasion, Aftab Shivdasani praised Indulge for its leadership in the Beauty Industry and for supporting new entrepreneurs. He thanked Sukirti for being an inspiration for many women entrepreneurs. Sukirti Patnaaik shared her plans to open 30 new outlets in the next two years. She also thanked the customers for the tremendous response received for the latest products launched at Indulge. She also congratulated the new franchise owners and wished them the very best. Indulge, as a brand of Odisha has been at the forefront of innovation, skill development, and entrepreneurship development. She thanked Aftab for being part of the Indulge journey.