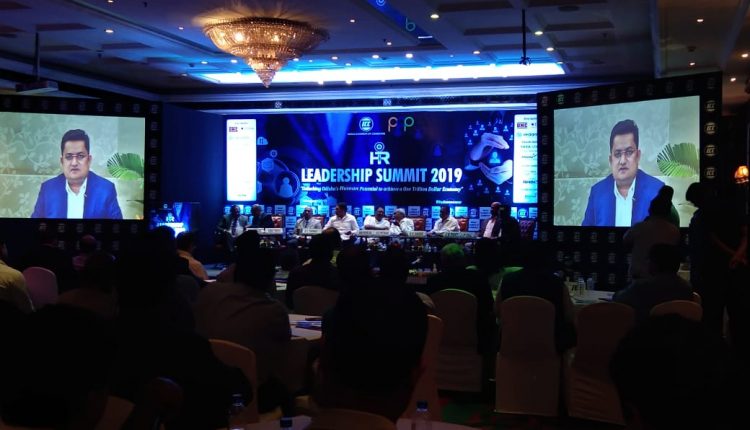 Kalahandi: Vedanta Lanjigarh subsidiary of Vedanta Aluminium, the largest producer of aluminium in India participated in the HR Leadership Summit 2019, organised by Indian Chambers of Commerce last week at Bhubaneswar. The company believes that promoting mining can help Odisha unlock its vast mineral reserves that can trigger a multiplier effect in the form of employment creation and economic growth. During the summit Vedanta Aluminium, Lanjigarh unit, voices its view that by utilising the full potential of the state’s reserve of natural resources, Odisha can become a $1-trillion economy.While debating the theme ‘Unlocking Odisha’s human potential to achieve $1-trillion economy’ in the summit, the panel of speakers unanimously agreed that Odisha should tap into its skilled human capital to ramp up its mining sector. To achieve this, the state should also provide structural support in the form of investment-friendly policies, modern infrastructure and connectivity. These efforts, in turn, will enable Odisha to become the manufacturinghub of India.Speaking about the essentiality of a skilled workforce, Mr. Rahul Sharma, CEO – Alumina Business, Vedanta Ltd said, “Vedanta is pleased to continue its efforts to support the Odisha Government’s vision to take the state economy to the $1-trillion mark by 2030. As the biggest investor in the state with overRs50,000 crores, Vedanta Aluminium has generated 1 lakh direct and indirect employment opportunities in Odisha. As the major job creator, we can assure you that our openness towards digitisation and diversity has enabled us to achieve these milestones”.At the summit,Vedanta demonstrated some of the best practices it has adopted for effective human resource management including several digitisation-led initiatives undertaken for modern training and development practices. The company also spoke of its focus on gender diversity that currently stands at 17% — one of the best in the manufacturing sector. At present, 80% of the company’s workforce are from Odisha.

It is noteworthy that Vedanta Lanjigarh is also the major job creator in Kalahandi and the company’s investment in the region has played a critical role in the development of around 400 new Micro & Small Enterprises.

The HR Leadership Summit is a platform where HR professionals, industry captains and other stakeholders come together to discuss the new trends and transformations that dominate the discipline of human resources.