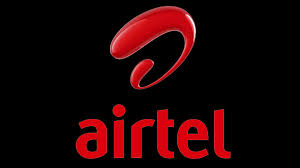 The Telecom Regulatory Authority of India (Trai) has blocked Bharti Airtel Ltd’s Platinum and Vodafone Idea Ltd’s RedX premium plans that offer faster data speeds and priority services to high-paying postpaid customers, citing such schemes violate norms and could impact the quality of services for those outside the plans.

“It (the plans) is in violation of quality of service norms. It shortchanges the existing customers and it is also not clear what the new customers are being offered as the parameters are not quantifiable,” a Trai official told Mint.
However, a senior telecom analyst said the two offers do not violate any rules relating to net neutrality as one can always offer “better services for expensive subscriptions.”

A Bharti Airtel spokesperson did not comment on the Trai move but said, “We want to keep raising the bar for our postpaid customers in terms of service and responsiveness. This is an ongoing effort at our end.”
Vodafone Idea did not respond until the time of running this story.

Bharti Airtel Ltd on 6 July had announced faster 4G data speeds for all its platinum customers – postpaid users paying ₹499 or above. The Sunil Mittal-led telecom major had said it has deployed advanced technologies for its ‘Priority 4G Network’ that will give its platinum subscribers preference on the network.

“The good news is that for all of you who are a part of Airtel Platinum, we have launched several new features to ensure an un-interrupted work from home experience. You now have access to Preferential 4G Network, which translates into higher data speeds,” Bharti Airtel chief executive officer (CEO) Gopal Vittal had said in a communication to users.
Vodafone Idea had introduced its RedX plan in November 2019 for postpaid customers with a price of ₹999, offering up to 50% faster speeds and special services. The price of the plan was hiked by ₹100 in May.

According to experts, both offers are seen as efforts to widen the base of higher-paying users to drive up average revenue per user (ARPU).