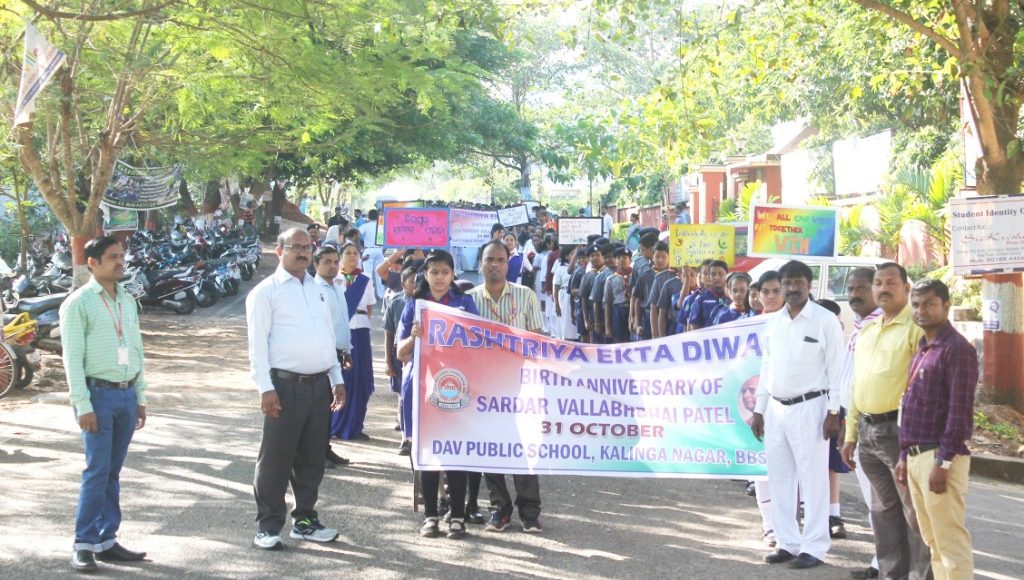 Bhubaneswar: The school observed Rastriya Ekta Diwas in its premises in commemoration of the birth anniversary of our former Deputy Prime Minister and freedom fighter Sardar Vallabhbhai Patel. As a mark of respect to the great patriot, the Principal, teachers and the students offered their floral tribute to Sardar Patel and took the national unity day pledge. In a meeting organized for this purpose the Principal of the school Mr Bipin Kumar Sahoo highlighted the great contribution and commendable efforts of Sardar Patel in securing India’s freedom from the British rule and his decisive role in the unification of the princely states to form a strong Indian federation. A Prabhat Pheree was organized to mark the occasion in which more than one thousand students including teachers went round the peripheral areas giving slogans of unity and patriotism. The principal flagged off the march and commended the enthusiasm and patriotism displayed by the students.