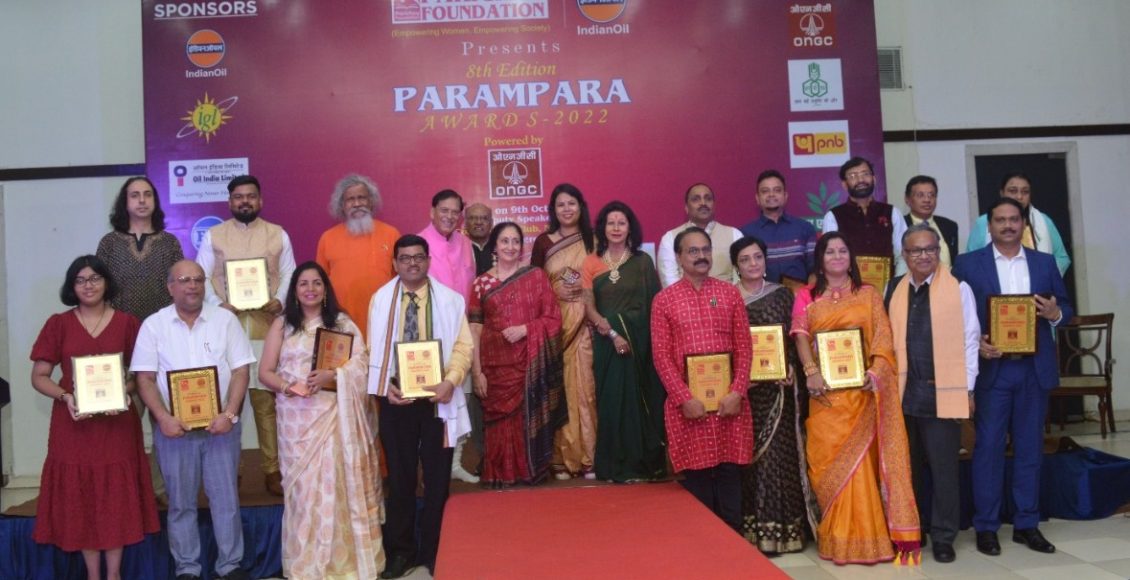 Mesmerizing performance by Sri Saswat Joshi on “Paika Rebellions” Vidroha
(Tribute to Paika Warrior, our freedom fighter)
a historical event happened in Odisha for the Independence of the Country.

Saswat joshi an internationally acclaimed odissi dancer and choreographer, He learned the Odissi under the able guidance of Padmashree Kumkum Mohanty and Padmashree Ileana Citaristi, at Odissi research center and at art vision. He is the founder of Lasyakala Dance vision and opened 17 branch in Odisha, and opened branches in London, Budapest and Paris too, he has travelled 62 countries and spread the awareness of Indian classical dance and folk treasures of Odisha which is in a diminishing art form now.

Parichay Foundation Founder Dr. Rosalin Patasani Mishra informed about Parichay Foundation social projects which had helped several women in getting economic and social upliftment.
Also she briefed about the Paika Rebellion event and role of Odisha freedom fighter for Indian Independence. Dr. Rosalin an eminent philanthropist and Gandhian said that it’s very important to recognise people who are working for the society tirelessly for which she felicitate such noble people to appreciate and honour them.