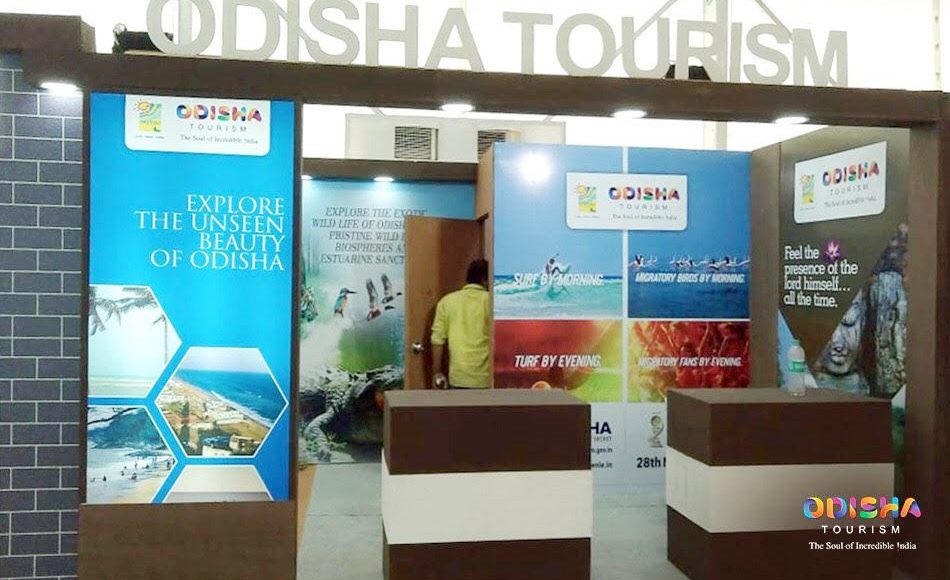 Bhubaneswar: Odisha Tourism continues to bolster its efforts to attract visitors by participating in the Federation of Hotel & Restaurant Associations of India (FHRAI) 53rd Annual Convention held at Lucknow.
The event was inaugurated by UP Chief Minister Yogi Adityanath with the theme of the event being “Spiritual & Wellness Tourism”.Odisha Tourism showcased its tourism potential with its Konark themed decorated stall.Odisha Tourism is further celebrating its association of being a host partner of the Odisha Hockey Men’s World Cup Bhubaneswar 2018 as part of which the stalls were graced with Odisha Tourism’s world cup campaign ‘Odisha by Morning, Hockey by Evening.’

Tourism secretary Vishal Dev said, “This year is a marquee year for Odisha Tourism as we celebrate being the host partner of the Odisha Hockey Men’s World Cup Bhubaneswar 2018. We are in true essence pushing the agenda of Sports Tourism in the country by coming up with campaigns such as ‘Odisha by Morning, Hockey by Evening’ which is being lauded both nationally and internationally.”

“The main aim of the campaign is to enlighten people about various tourist spots which they can visit during the morning and on off days. Events such as FHRAI are extremely important as they give us an opportunity to showcase our tourism potential to everyone,” he added.

“This year the theme of World Tourism Day is ‘Tourism and the Digital Transformation’ and our focus is to make the state a digital-friendly one. Bhubaneswar is already known as the numero uno smart city of the country. It is the only Indian city to win the prestigious American Pierre L’Enfant International Planning Award and the only Indian city to be ranked among the world’s best performing Smart Cities by British marketing agency Juniper Research. We are further bolstering our efforts to improve the infrastructure in the state to attract more investors and tourists.”