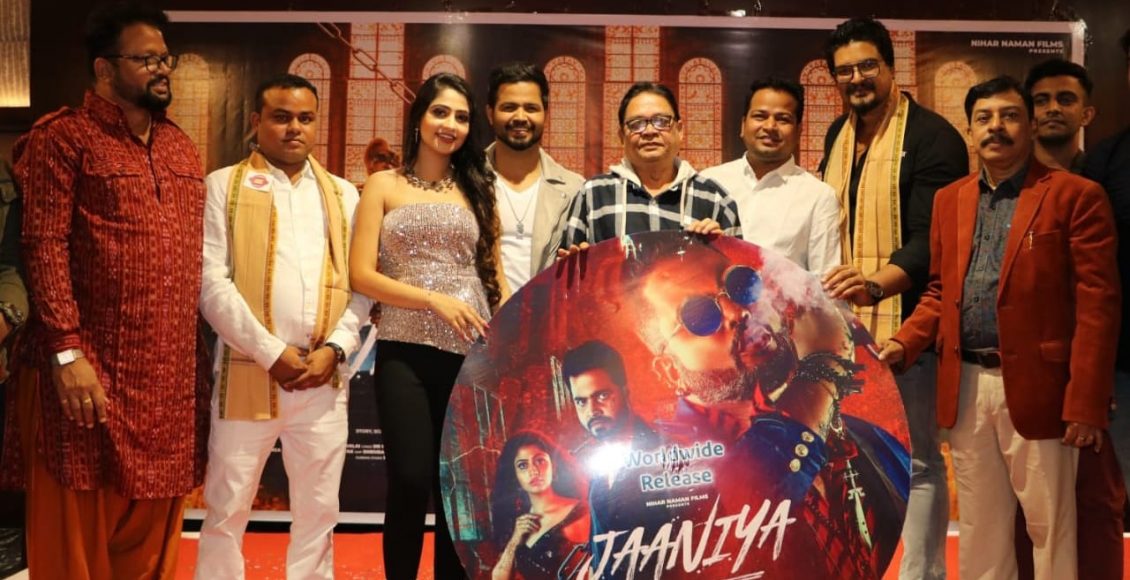 This New year, Nihar Naman Films has presented a large budget Ollywood musical short film ‘Janiya’. The release of ‘Janiya’ was held at Sandy’s Towers. Chief Guest Shri Shyama Prasad Mishra, Channel Head, Tarang released the film officially. The event was attended by the cast and crew of ‘Janiya’ along with many dignitaries associated with the Odia film industry. The important thing about the musical short film is that it boasts of speciality in all the departments like a commercial feature film . This musical short movie has been produced with a budget larger than the budget used for the feature film now a days. The Producers Lipu Rout and Sipu Rout have left no stone unturned to make the short film look beautiful and attractive just like a commercial film. Although it is a short movie, a lot of attention has been given in the story, music, acting, cinematography and other departments.

The lead roles in ‘Janiya’ have been reprised by Subasish Sharma(Mantu) and Poonam Mishra. This romantic couple has become the first choice of viewers but in ‘Janiya’, they are playing completely different roles. Storyteller and playwright extraordinaire Ranjeet Pattanayak will also be seen in a special appearance. The antagonist in the short film will be played by renowned Television director and actor of ‘Saara Akash’ fame, Mihir Swain. He will be seen in a completely new avatar and attitude. The ropes of direction has been handled by Krisna Kar(K. K) and team. This music video marks the debut of Popular actor of Ollywood, Krishna Kar aka K. K as a Director. The story has been written by Pupun. The lyrics have been penned by Dr. Nirmal Nayak while Sushil Dalei has composed the music. The camera department has been helmed by Dhrubananda Panda and Sourav Sobhan Nayak is the editor.

Producer duo Lipu and Sipu Rout aka Rout brothers have selected the story to satisfy all classes of the audience. Their production company has made all arrangements to provide a glossy look to ‘Janiya’. Producers hope that a new story, real, acting and top class production will be liked by the audience. Not only that, this musical short film expects to become a trendsetter in an industry where feature films haven’t been doing well lately.