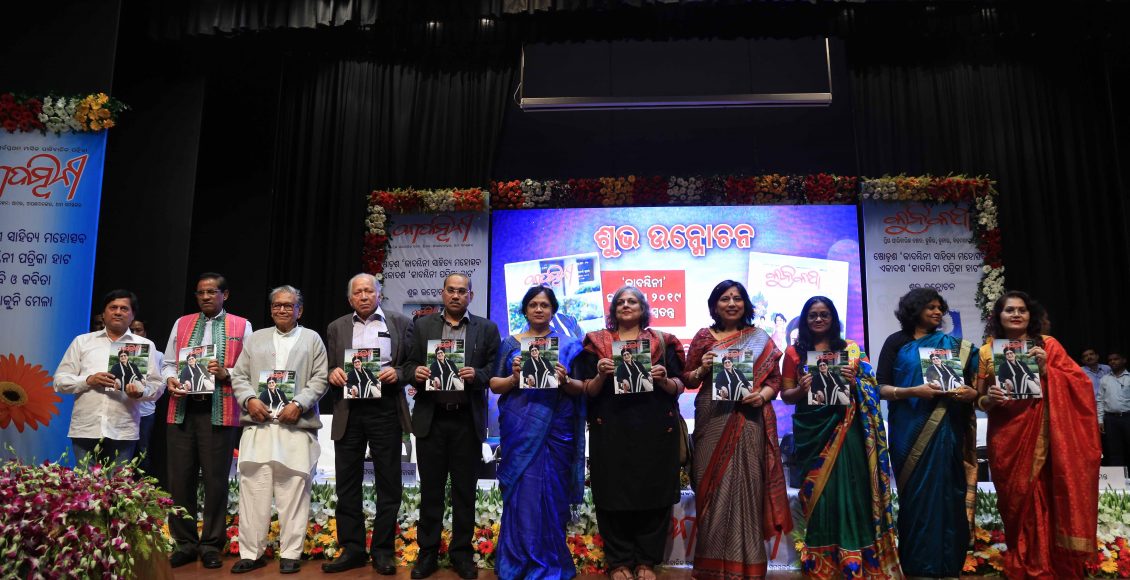 Bhubaneswar: Mother is the symbol of belief, said Prof. Manoj Das, eminent Indian writer. Manoj Das was honoured with first ‘Nilimarani Literary Award 2019’ during 16th Kadambini literary festival and 11th Patrika Hat by Kadambini media on 6th January. Receiving the award Prof. Das said, ‘The award I received is on the memory of all mothers.’ There is no alternative of mother’s affection, for which mother is the symbol of belief. The element which we follow in our entire life is belief. In Indian tradition is based on mother’s belief. But it is seen the mother-child relationship is now deteriorating. The award is remembered us to know what is mother, he added. Joining as the Chief Guest of the programme Prof. T. V. Kattimani said, everywhere the Odias are known for their simplicity, creativity and clear heart. As the sugar dissolve in milk, where ever Odia people go, they accept others with open heart. Odia people have contributed in many ways in the development of the country. They have special skill and devotion in their work. Everywhere in the world you can see Odia people, he added. Inaugurating the festival and patrika hat, Dr. K. Srinivas Rao, Secretary, Kendra Sahitya Academy said, magazines have huge role in promotion of art, culture and universal brotherhood. Magazines also played role in different national movements. Literary festivals are instrumental in bringing readers and writers closer to each other. Children magazines are very much helpful in developing writing skills among children. Children can very good writers in their later life through the children magazine. We should support children magazines. Kadambini is not only entertaining us, it also plays important role in various social issues. It promotes women empowerment, culture and heritage. Mostly we use digital platform for our entertainment, but we can enrich our knowledge through this digital platform. We should read various books and magazines from digital platform, he said. Dr. Achyuta Samanta, Founder, Kadambini, KIIT & KISS in his welcome address said, the popularity of Kadambini literary festival and Patrika hat is growing year by year. More people are coming from various parts of Odisha to be a part of Patrika hat and to see the literary festival. Prof. Santanu Acharya, renowned writer presided over the inaugural session and Dr. Iti Samanta, Editor, Kadambini Proposed vote of thanks. During the fest Kadambini Sahitya Samman 2019 was given to Satyabadi Rout, renowned poet, while Kadambini Sampadak Samman 2019 to Akshya Behera, Editor, Katha Katha kabita kabita; and Kadambini Sahitya Sambarddhana 2019 was given to Krushna Singh, Indulata Mohanty, Sankarshan Pratihari and Subidya Devi respectively. In the second session Prof. Dr. Garima Srivastava, renowned writer; Abha Singh, renowned Social Activist and Advocate; Satarupa Sanyal, renowned Film Personality and poet; Rebati Laul, renowned Journalist and writer of ‘the anatomy of hate’; and Suchitra Iyre, Editor, Society Magazine joined in a panned discussion. In the third session Kabi o Kabita was held where renowned poets of Odisha recited their poems. Lastly Kunakuni mela was held where children took part in different cultural activities and competitions. More than 500 magazine stalls were opened in patrika hat.