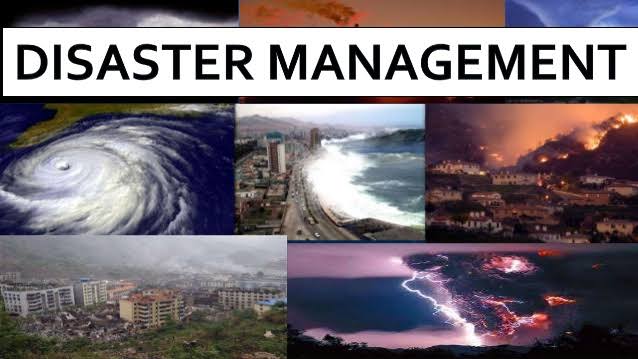 Extra preparedness for disaster management during pandemic -Suggestive guidelines by Architects of Odisha.

As we are aware of an upcoming cyclone which is likely to hit us next week and Odisha is going to face a disaster amidst a pandemic. The preparedness in disaster management has to be extraordinary.

We cannot afford huge casualties and fatalities when we are already in an emergency. With basic interventions beforehand it would be smoother on the part of Government to handle the crisis effectively and manage the upcoming cyclone.

Representing the Odisha Architects Ar. Swopnadutta Mohanty, Vice Chairperson, Indian Institute Odisha Chapter, said, “The Architects of Odisha have come forward with simple suggestions which are highly beneficial and could be used as guidelines by the Government for effective management of the disaster and not face the episodes like the Karnataka tragedy. We have also informed SRC, and Revenue Disaster Management, Govt Of Odisha regarding our initiative” .

• Ward corporators to be given power as Sarpanch, to form small disaster management committees in their respective wards. NGOs and volunteers may be involved for the need. The phone numbers of those volunteers in the committee to be shared to the public. 25/30 ambulances should be kept under their control.
• Either these committee members or the Govt should form special disaster audit teams in hospitals localities.

Scope at macro level:
o Big Trees to be identified on main roads which may disrupt power and block the passage transportation of oxygen, etc ambulance and branches to be trimmed.
o Alternate emergency corridors to be identified may it be short cuts.
o Branches of Trees which may lead to breakage of glass or infrastructure in hospitals may be immediately trimmed
o Kalyan Mandaps, community centres or hotels may be facilitated with beds, oxygen electricity backup along with nurses and doctors to accommodate emergency patients.
o Same in case of hotels where the rooms can be converted to cabins and wards with oxygen and other facilities including a nurse’s station.
o Any big hall or normal less occupied wards or rooms available may be converted to emergency wards so that patients in the cyclone affected rooms can be shifted immediately.
o Oxygen cylinders are to be stocked beforehand to overcome the after-effect transportation issues
o Similarly enough numbers of DG sets/power backups with fuel to be stored in advance for continuous part supply.
o Similar in the case of ambulances.
o Ambulance as ICU and cabins: Ambulances to be converted to ICU with power backup and oxygen facility and made halted at the hospitals.
o Trucks as mobile ward: To increase ward capacity, Truck containers to be converted to mini wards with basic facilities along with a small nurse’s station and be placed here hospitals and should be made immediately available to places of rescue.
o On oxygen front which is the most crucial concern now. It’s for sure cases are increasing and thereby the pressure on hospitals. Hence best thing is to stop the admission of patients by 25th May if the cyclone is to hit on 26th. Only very critical patients to be considered and alternative arrangements to be done. Only Outpatient dept and no inpatient. Alternative methods to be facilitated.
o That way we have breathing time to handle patients who r inside and avoid overloading.
o VVIPs should be encouraged to move in to the hotel converted hospitals and not block the hospitals unless that critical.

Scope at micro level:
o Volunteer architects are ready for tele audit to suggest minimum rearrangements and necessary precautions to be taken for preparedness
o The minimal interventions which may control the severe damage are:
o Since windows and glass panels inside ICU and wards are the most vulnerable points hence:
o patients’ beds adjacent to glass windows or panels to be shifted and rearranged
o Plywoods or other modular structures to be fixed near the Glass panels/ windows so that they can be sealed.
o Beds and nurses station maybe rearranged to for better efficiency and space management.
o Sample bed positioning is attached for reference.

“While the overall aim would be the preparedness for disaster management by the optimum use of available resources, with these basic steps the Government can formulate special disaster management strategy and overcome the challenging battle smoothly.” Added Ar. Swopnadutta Mohanty,