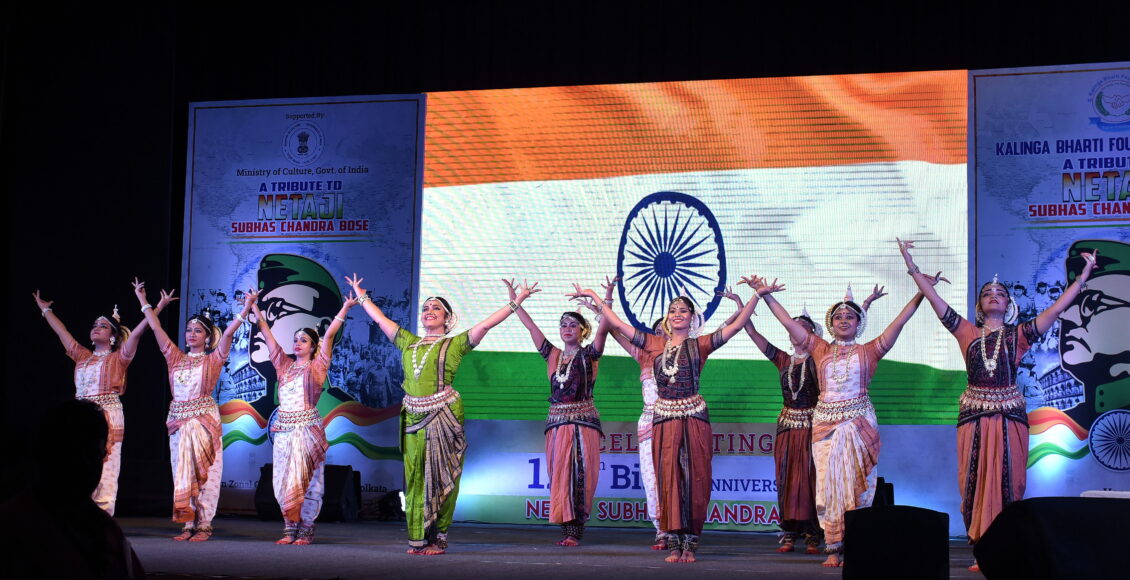 Any talk about India’s fight for freedom is incomplete without one of the most prominent and important figures of the time, Subhash Chandra Bose who is better known as “Netaji”. We are celebrating the 125th birth anniversary of the brave freedom fighter and leader. His contributions toward unifying the nation and a fervent following aided Indian magnificently in the path toward freedom.

Inaugurating the celebration His Excellency Mr Jagdeep Dhankar, said, I am joining virtually looking at the current covid scenario. I congratulate Kalinga Bharati Foundation for organizing such event for the great leader. This is a coincident that we are celebrating 125th birth anniversary of Netaji as well as Azadi Mahotsav. Netaji’s life, working style, contribution for the country is inspiring the mass even today and give them the direction. I got to know that Kalinga Bharati foundation is working in many social issues for the betterment of the society like climate, education. I really apricate such work. Let the situation normalize and allow us to gather physically in such programmes to pay tribute to the great leaders.

The celebration in Kolkata witnessed special musical performances by Dr Tapas Pal and troupe and patriotic based dance drama by Mayur Lalit Dance Academy along with noble words that were shared by our guests. Ms. Ashmita Sengupta moderated the event.

Addressing the gathering Smt Madhuri Bose the grandniece of Subhash Bose said, “My father Amiyanath Bose used to tell us as the decedents of Janakinath and Pravabati Bose we are as much the children of Odisha as of Bengal. So as a daughter of Odisha let me wish you a successful and enjoyable programme today When the country is going to celebrate the 125th Birth Anniversary of Netaji Subhash Chandra Bose let me tell you what his father Janaki Nath Bose wrote Rose early but found Prabha still suffering – a son was born in the midday. The son of Janakinath and Prabhabati was names Subhash. Let me share few words from Subhash himself what he wrote in his unfinished autobiography. He wrote my father Janakinath Bose who migrated to Odisha in the 80s of the last century and settled down at Cuttack as a lawyer. There I was born on Saturday 23rd January 1897”.

“Speaking about Cuttack Odisha Netaji wrote, though comparatively a small-town Cuttack has an importance of its own. Netaji loved the city Cuttack and Odisha as a state. In his childhood life Netaji lived a life of middle-class family”. Added Smt Bose

Today’s event here in Calcutta was part of the series programs which started from Delhi, then Rajasthan followed up by Kolkata and will be celebrated at Cuttack the birth place of Netaji on the 23rd of this month. The celebration in Kolkata and Cuttack marks its own important in the series owing to the importance of one being the work place and the later being the birth place of Netaji.”

Addressing the guests and the other members present on the day, Akshay Kumar Samal, Founder and National President Kalinga Bharati Foundation said ‘We are pleased by the opportunity that we have received for the celebration here in Kolkata, popularly known as a the “work place” of Netaji. I want to thank the entire team behind this who have worked day and night towards making this event successful. It was very challenging for us, for all the members who have travelled from outside following the covid protocols, I am extremely happy for this. I would like to thank his excellency Dhankar ji, Smt Bose and other guest for their presence in this tough time.

Present on the occasion, Pradeep Mohapatra, Chairman organizing committee, 125th Birth anniversary ceremony said, of “In one hand it was such a noble cause like paying Tribute to Netaji and other hand the concern for the surge of Covid cases in Kolkata. We were sensitive to all aspects. Amidst various challenges, we organised 125th Netaji Jayanti Celebration successfully. Though we allowed very limited nos delegates at the venue (EZCC, Kolkata) but thousands people watch our programme virtually through Facebook live streaming. Highest level Covid Protocols were followed at the venue.”