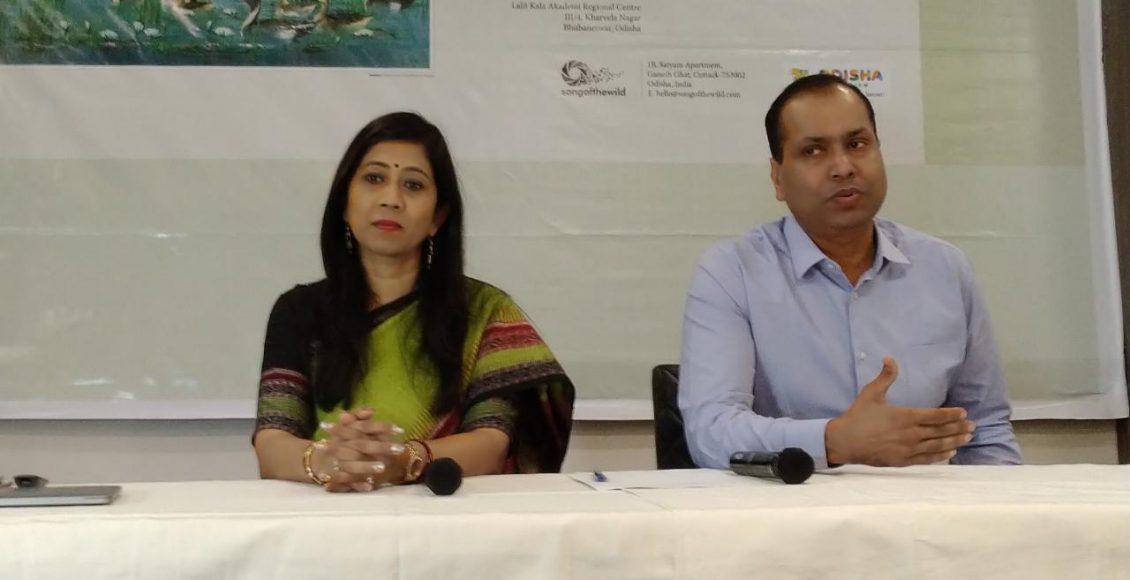 Bhubaneswar : Song of the Wild is a not-for-profit organization that focuses on the need to document precious flora and fauna that face intense threat worldwide due to degradation of natural habitats,
organization focuses on engaging the younger generation with natural hand chimate change As a part of lts core philooph, theors, in order to inculcate thie consciousness of nature conser vation in hemthabitats and Only 75 minutes away from Bhubaneswar, near Tangi, lies the magical bird paradise of
Mangalajodi. Located at the north-eastern edge of Chilika lake, this 10 sq km patch of marshland has remained in the shadow of its famed parent lagoon. Mangalajodi is one of the largest of the 132 villages that stand on the banks of Chilika Lake. It hosts lakh ns migrating birds eve winter The magical beauty of the habitat, its position of pre-eminence in the Chilika ecosystem, and the exemplary conservation story make
Mangalajodi a gem in the biodiversity map of the world.

A rich natural inheritance such as Mangalajodi belongs to the whole world. With global warming and climate change looming large over the earth, this critical expanse of biodiversity needs to be sustained for the cause of common good and as an inheritance for future generations. To this effect, eminent wildlife photographer from Odisha, Avinash Khemka is leveraging photography as a potent medium to not only showcase natural beauty but also to encourage engagement, collaborations, documen
tation, and, discourse,highlighting the biodiversity of ecosystems, and,advoca
ting the cause of conservation through photographic documentation. Song of the Witd is showcasing photographs of
Mangalajodi by Avinash Khemka, in an exhibition titled “The Magic of Mangalajodi” at Lalit Kala Akademi Regional Centre, Bhubaneswar, from 7th to 13th November 2018.

The images on display have been visualized and shot from varied perspectives, and reflect the beauty and potential of this rich wetland habitat, which lies strategically at clproximity to the capital city, Bhubaneswar. The photographs a are printed and mounted for song of the wild.world class standards. For the very first time in India, the images have been printed on
imported metal sheets, rendering a lustre and clarity incomparable with any other mediurm.
This event therefore would be a treat for lovers of art, photography, conservation and
aesthetics, conforming to the highest levels of exhibit and display. The exhibition has been
curated by eminent ornithologist and author Bikram Grewal, noted wildlife photographer

Sandeep Dutta, and well-known birdwatcher and conservationist Panchami Manoo Ukil.
The idea behind the display is to not only take the beauty of the habitat to a larger audience, but to also disperse the conservation story to the world, and solicit contributions from all stakeholders towards ongoing conservation efforts at Mangalajodi. Students from schools, colleges, as well as children from orphanages in Bhubaneswar and Cuttack have been invited to view and participate in this exhibition. It is critical to disseminate the importance of natural habitats in the younger generation and inculcate a “conservation.

Avinash Khemka is a Odisha based amateur wildlife photographer. He has been
photographing wild habitats in India since the last seven years. On his first ever visit to the Mangalajodi wetlands, he was dazzled by the magical beauty of the habitat as well as the jostling flocks of birds that seemed to carpet the scape and the skies. This pristine bird paradise that holds one of the world’s greatest conservation stories in i its folds, beckoned
him again and again. As Avinash says – “on every visit I wished that I could just stay back and remain immersed in the soothing pristinity of nature’s canvas.