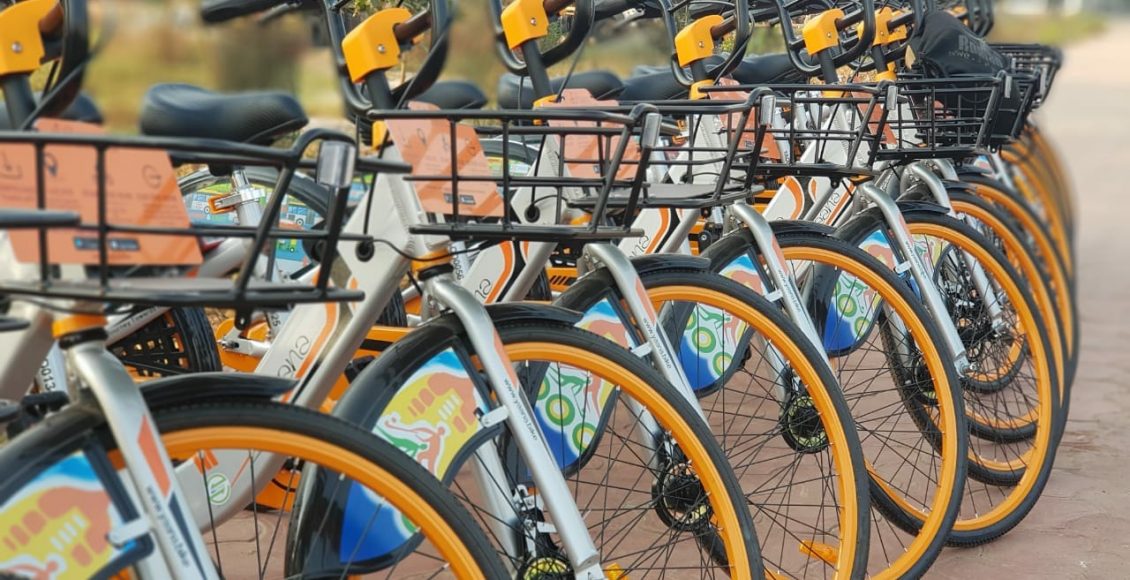 Bhubaneswar: MO CYCLE system launched earlier this month, as a sustainable and inclusive mode in the city of Bhubaneswar, clocks a remarkable rise in the average number of rides per day per bike at more than seven, a score ahead of all other cities in India with Public Bicycle sharing (PBS) system, and with this, Bhubaneswar joins the league of top cities in the world with PBS systems, such as Barcelona, Mexico, Lyon, etc. CRUT Public Bicycle System (PBS) analytics, reveal a record ridership on Dec 3 with more than 4000 trips and 11 rides per bicycle per day. It also has demonstrated an upward trend for number of registrations on the App, with the figure peaking at about 20,000 registrations, a cumulative for all three operators – Hexi, Yaana and Yulu. The MO CYCLE ridership shot up in the first week of December, demonstrating public preference for alternative modes such as cycling and walking in the city of Bhubaneswar.

“Our aim is to nurture a vibrant and enthusiastic cycling community in the city of Bhubaneswar. The CRUT team congratulates the riders, and our partner communities, on attaining this impressive figure within such a short span,” said Dr Krishan Kumar, Managing Director, Capital Region Urban Transport (CRUT). “It has been a great start for MO CYCLE- system, and it is heartening to see so many residents choosing to ride cycles for their everyday trips, and people are especially enjoying the recent beautification of the city, on bicycles,” he said.

An on-going dipstick survey by CRUT PBS team, reveals that MO CYCLE scores 47 % on convenience, 24 % on affordability, and 30 % on environment friendly parameter. This finding is testimony to the fact that there are rising number of bicycle trips every day. “People finding it convenient, indicates that routine commute trips would stabilise as the days pass and will bring the PBS closer to its objective of providing an alternative transport system that promotes work trips,” said Anuj Malhotra, PBS specialist with CRUT. “The survey also reveals that 70 % of the trips on MO CYCLE were earlier made on motorised modes, like cars, two wheelers, auto rickshaws and bus. This speaks volume about the acceptance of the system in Bhubaneswar and its potential in the future,” added Malhotra. This qualitative survey is aimed at garnering feedback from riders from all the areas in the city where MO CYCLE stations are located, and would be leveraged for systemic improvements.

In collaboration with, BSCL, CRUT is endeavouring to bring about easy and cost effective options for alternative transportation within the City. CRUT is focussed on measures to enable and empower bicyclists with initiatives such as protected bicycle lanes. The expansion of MO CYCLE system into new localities within the City, is on the roll. Last week, MO CYCLE stations were operationalized at IDBI square, Saheednagar, and at multiple locations in Janpath, bringing the grand total of MO CYCLE stations to 147 with about 500 bicycles.

The deployment status of operators, such as Hero-Hexi, presently stands at 270. Similarly, Yulu has increased the fleet size up to 268 bicycles; and Yaana has 50 bicycles, pan city. The cycles that have suffered damage, due to stray cases of vandalism, have been instantly recalled, keeping in mind the safety of riders. Further, operators are taking steps to register cases with police for such deviations. Not a single case of theft has been reported so far, and the fleet is operating beyond 99% efficiency level.

The plan is to continue MO CYCLE system expansion throughout December with rapid deployment, next week onward. Yaana is all set to deploy 50 bicycles every day throughout next week bringing the total figure to 500, inclusive of their current 50 cycles on road. Simillarly, Yulu and Hero Hexi would deploy 80 more bicycles each, bringing up their number to 500 and 600, respectively. CRUT is aiming to expand the bicycle fleet to 2000 and to incr