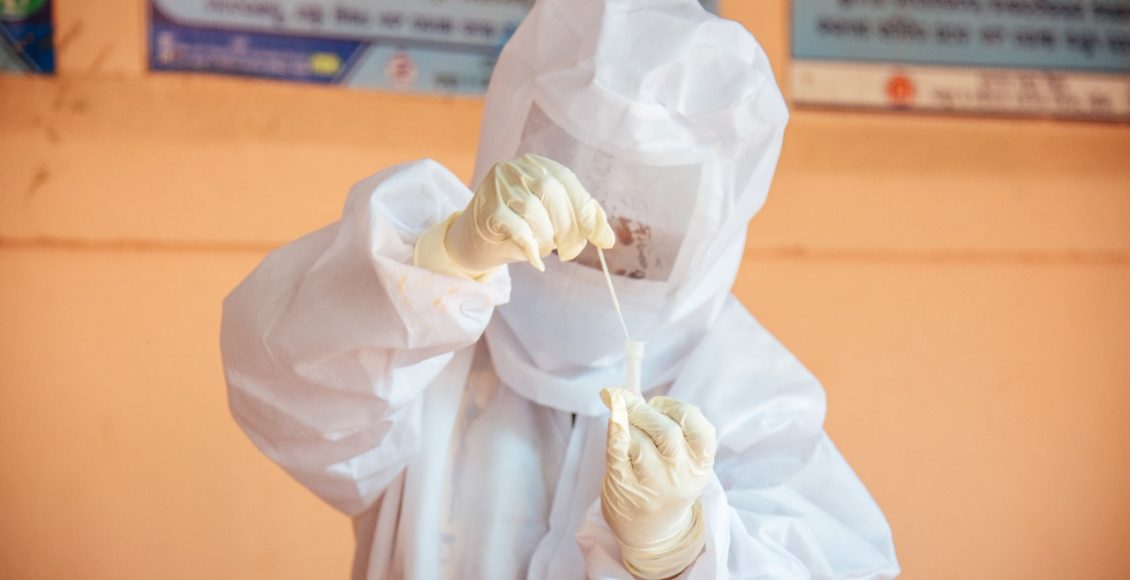 The number of tests for COVID-19 has crossed the 1.5 lakh mark as on September 8 through three types of tests, i.e. RT-PCR, Rapid Antigen and True-NAT 1,52,674 citizens of the Temple City have undergone tests for Novel Corona virus.
It is learnt that out of the above figure 1,05,990 tests were done at various government-run test facilities across the city, while 46,684 tests were conducted at various private facilities. While 66,891 tests were done through Real-Time Polymerase Chain Reaction (RT-PCR), 38,478 were done through Rapid Antigen Test and 621 by Tru-NAT process.
“We are currently doing COVID testing for 3,000 to 3,500 people daily. Given the population size and area of the corporation, we are doing a good number of testing in Bhubaneswar,’’ said Commissioner Bhubaneswar Municipal Corporation (BMC) Prem Chandra Chaudhary.
The rapid rise in COVID-19 tests among people has become possible with opening of the Rapid Antigen Test centres at 23 urban public health-care centres across the city. In this process under the collaborative effort of the Health and Family Welfare Department and BMC 19 Urban Primary Health Centres (UPHCs) and 4 Urban Community Health Centres (UCHCs) are roped in to do the testing. The testing is available from 9 am to 2 pm at these centres including Sundays. Similarly, nine private hospitals/diagnostics centres are permitted to do the testing for COVID-19.
The mobile testing van has also contributed in taking the testing figures to this level as it is jointly managed by Capital Hospital Bhubaneswar and BMC. Capital Hospital has contributed the most as there are 14 teams working to facilitate it. While 10 mobile teams of Capital Hospital are going to different places across the city to conduct tests, three teams remain there to manage the in-house requirements and one team goes with the mobile testing van, which started on August 2.
It would be pertinent to mention here that BMC has made special arrangements to organize tests for differently-abled, markets, journalists, police and resident welfare associations to cover majority of the population or those having any symptoms or any suspected proximity with COVID-19 positive cases, by organizing zonal level special camps. Six such camps are organized daily across the city.
As an interesting development, Odisha has emerged second among states in the country by conducting 1,265 tests per million per day, compared to the national average of 580. Only Goa is doing more tests than Odisha, as per the Ministry of Health and Family Welfare, Government of India.

*TYPES OF TESTS DONE IN CITY*

*RT-PCR*
The real-time polymerase chain reaction (RT-PCR) test is the Gold Standard. The process is based on a polymerase chain reaction or PCR, a process that copies and amplifies specific genetic fragments of the Corona virus, resulting in that there is enough material to conduct the analysis as through the swab collection a small amount is collected from nose/throat. Under the process through a fluorescent dye as primer the viral genetic material is detected and confirmed.

*RAPID ANTIGEN TEST*
The result of this test takes around 30 minutes and can detect a particular protein material in the Corona virus that related to the human being’s natural immune response. In the case of Covid-19, the ‘spike protein’ present on the surface of the coronavirus that helps in the virus’ entry into a human cell.

*TRUE-NAT*
This process is chip-based and works by detecting the protein envelope that holds the components of the corona virus together and the gene for the RNA-dependent RNA polymerase, an enzyme that enables the virus to replicate inside the host body. Unlike the RT-PCR process, the sample preparation in TrueNAT tests is automated, and the results are available quicker say, within half an hour.

Antibody or Serological Test:* This is no way related to any detection or diagnosis as is related to research. Antibody tests, also known as serological tests, detect whether a person has antibodies to the Corona virus. Antibodies are naturally produced by the human immune system to fight infections. Persons with antibodies in their blood are likely to have immunity to COVID.