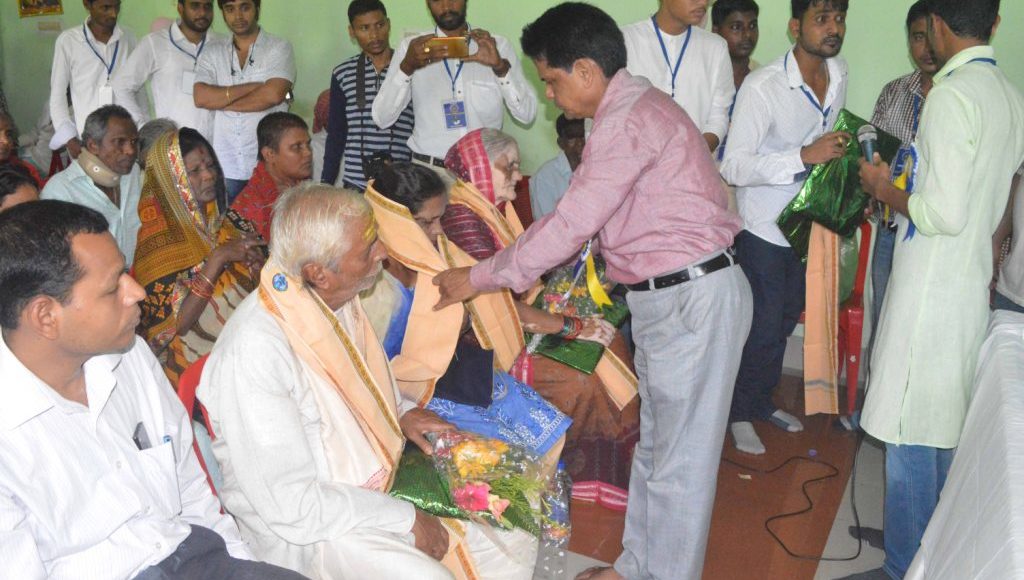 Bhubaneswar:On 15th August, 2018, India has celebrated the 72nd Independence Day. Bhubaneswar Maha Sangathan (BMS) celebrated the occasion in a special way. BMS invited the family members of Late Sunil Ku. Behera (Dy.Commandant, BSF) & Late Sibasis Panda (Constable, BSF) who were sacrificed their lives in the IED Blast incident in Koraput District while performing their duties. BMS honoured their family members and National Flag hoisted by them.A roof over their heads is a critical need of the elder who are destitute,sick and abandoned by family and those uprooted by disasters. The members of BMS have spent a whole day with the senior citizens at old age shelter home of Odisha Patita Udhara Samiti, Unit–6, Bhubaneswar and interacted with them followed by lunch.BMS’s motto behind this programme is to aware younger generation about their responsibilities towards the country and society to make them realize the spirit of that magical night of 1947 and move on to the path shown by freedom fighters.” Among others, senior leaders of BMS, Littu Routray, Prakash Ku. Mallick, Sidhant Acharya, Saroj Jena, Madhusudan Nayak and Sashank Das were present and coordinated the programme. Bhubaneswar Maha Sangathan (BMS) has been conducted various social activities like distribution of relief materials among flood victims, blood donation, plantation, women empowerment, welfare of slum dwellers, say no to plastic bag awareness, Swachh Bharat Abhiyan and cleanliness drives in different parts of the city for last five years.”