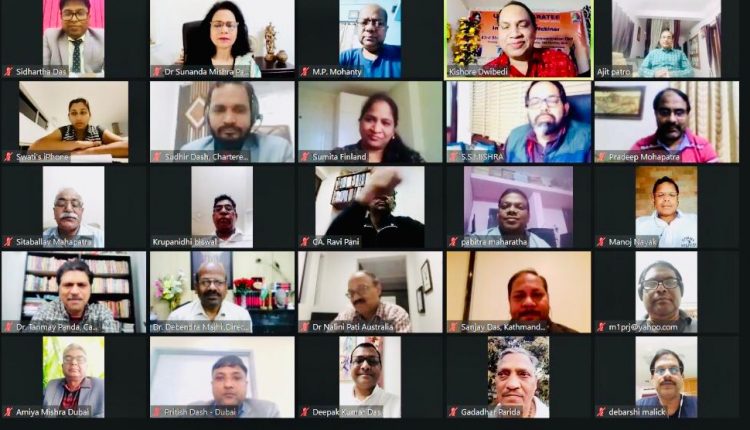 Odisha News Today Bureau:
The Working Committee of World Odisha Society (WOS) expressed grave concern and deep anguish over the ongoing dispute in Kotia group of villages situated in border district Koraput . The Working Committee of WOS in its first online meeting, deliberated over the entire scenario and the long pending boundary issue between Odisha and Andhra Pradesh. Presided over by Senior Journalist and Chairman of WOS Kishore Dwibedi the Video Conference meeting demanded strong action against some of the errant Officers of Andhra Pradesh Government who attempted to annex the Kotia Villages with their state under the false grab of election. The committee attended by WOS members across the world, unanimously passed a resolution strongly condemning the unreasonable and illegal action by Andhra Pradesh. The committee denounced the “conspiracy” hatched by the authorities of Andhra Pradesh for taking over the possession of these villages.

The Working Committee of WOS expressed its solidarity with Odia residents in the border areas and took a pledge to fight for the maintenance of their security and protect the territorial integrity of our mother state Odisha. The resolution also disapproved the irrational treatment being meted out to the Odias living in the affected cut off areas (Bichhinanchal) of Odisha and affirmed to give highest priority to solve their problems. WOS further, resolved its total commitment to protect the overall interest of Odia residents at the border and to ensure their all round development. After the conclusion of the meeting, Chairman Kishore Dwibedi announced that WOS shall initiate all possible measures including resort to legal remedies and otherwise to provide justice to Odia brothers, sisters and their families staying at Border areas.

The Convenors and Co – Convenors of WOS Committees like mission & Vision, NRO Ministry, Ethics, Membership and Techno presented the progress statement during the webinar.

General Secretary of Odisha Samaj, U.A.E. Pritish Ranjan Dash plloted the resolution on the Kotia matter in the virtual session. While Dr. Nalini Pati presented the vote of thanks at the end and Smt Pushpanjali Barik recited Vande Utkal Janani in the beginning.