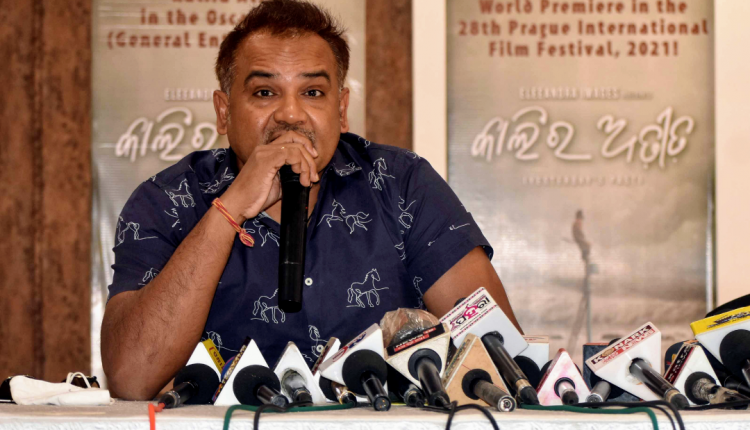 Bhubaneswar: After getting into the race for Oscars, Kalira Atita (Yesterday’s Past), an Odia Feature Film Scripted, Directed and Produced by Indian film maker Dr. Nila Madhab Panda, has been selected for its World Premiere in one of the oldest global film festivals, the 28th Prague International Film Festival, FEBIOFEST. Scheduled from April 29 to May 7 in Prague, Czech Republic, it is the longest running and the biggest feature film festival in world, based out of the beautiful city of Prague. Hot on that piece of news, Nila launches his movie’s trailer today. “In addition we have a great news here that the film will have another world premiere in Prague. I am happy to release the first trailer of Kalira Atita and I hope people would love it and share all over.” says the filmmaker.
And no one is more proud of Nila Madhab Panda’s achievements than the fellow Odia community from all over the world, who have been heavily rallying behind him and his film, uniting across the world to cheer Nila Madhab Panda, sending him their good wishes and campaigning through social Media. Globally renowned Padmashri Sand Artist Sudarshan Patnaik wished success for Kalira Atita with his characteristic sand painting. Sona Mohapatra tweeted to show her support, and the community from across nations made the film trend nationally.
Says the overwhelmed director, “I am very proud and happy that my Odia people, communities and forums are supporting from all over the world” and adds, “we are also planning screening across the globe. It’s a very important film for our times which talks about future impact of climate change. Everyone must watch the film. Even if we hadn’t got into the Oscar race, I would have networked and promoted the film across the globe. The entry in general category helped campaign for the film better.”
The film was also screened at the Panorama Section at IFFI in January. The journey for this film started when Nila saw a photo of a hand pump in a newspaper in 2006. He was shocked to see the pump drowned in the sea, and the picture showed the horrifying truth of sea ingression to him. Nila says that he has followed the story of sea ingression for over one and a half decades. He did not follow any screenplay or story for this film, but took his team to the affected areas in Kendrapara district in Odisha, and shot the film without makeup, sets and lights.
The story of the movie goes, that Gunu, a disillusioned young man from Satavaya village, travels restlessly towards death, memories of a past cyclone propelling him into the eye of one that is coming. Hoping to reunite with his lost family, he returns to his village, five days before the cyclone, to find that it is now under water. Gunu’s struggle to survive the fury of nature is a portrayal of emotional trauma and human triumph. The film, starring Pitobash Tripathy, is a story of the struggle between man and sea, highlighting the issue of seawater ingression.
Talking about the Oscars entry, Nila says, “It was a little tough due to the COVID-19 pandemic as theatres are shut in Los Angeles and New York, this year. So, we had to go digitally as per the procedures. Now, the film has been approved and is available at the Academy Screening Room (ASR). Once the film is available at ASR, now we have to start campaigning for the film in LA. Besides, there is a global Odia society, which is promoting the film. From the local to the global level, we have to reach out to people to support. We have finalised an agency in LA and they will start the promotions soon.”